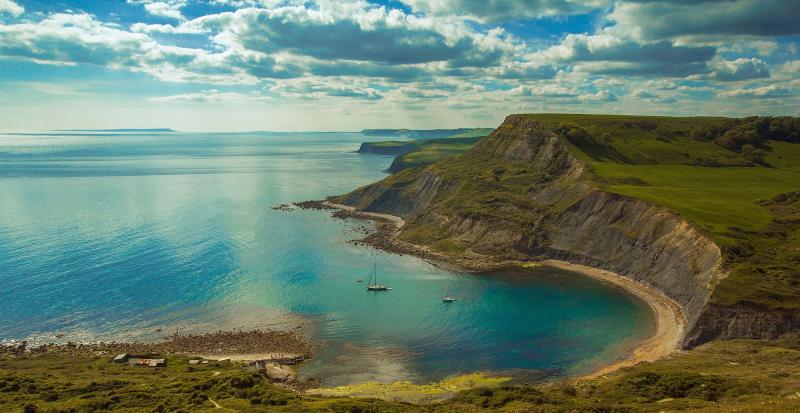 A new report, which explores land-use options post-Brexit, suggests that increasing the area of semi-natural habitats such as chalk grassland and heathland could increase economic growth by up to 5% and employment by up to 8%.

In Dorset alone, this could deliver an £0.8 billion increase in the local economy and create more than 25,000 jobs.

In contrast, the research by Bournemouth University and the Centre for Ecology & Hydrology has suggested that the expansion of agricultural land would only increase economic growth and employment by less than 0.3%.

A new Agriculture Bill is currently passing through the House of Commons, which will provide incentives for different forms of land-use post-Brexit. Currently the Bill includes the provision of payments for increasing agricultural productivity, but also for protecting or improving the environment. This could potentially lead to farmers being paid for improving wildlife and habitats, enhancing air and water quality and tackling climate change.

New research has examined these options by developing scenarios of increased agricultural land, and comparing these with a “Green Brexit” where the area of semi-natural habitats is increased. Results showed that the impact of land use on the economy is far greater than that of food production alone.  This is because rural ecosystems provide a variety of different services, or benefits, which are of value to many different sectors of the economy.

The research focused on Dorset, an area with a high proportion of agricultural land, similar to many other lowland parts of Britain.  A survey of local businesses was undertaken to determine the importance of ecosystem services to their commercial activities. Overall, 47% of the businesses stated that they were at least somewhat dependent on service flows. Economic sectors that were highly dependent on ecosystem services included tourism and travel, manufacturing, education and agriculture. The most important services to businesses were provision of freshwater, waste and water treatment, microclimate regulation, water quality and carbon storage.

This influence of farming on the wider economy is ignored by conventional approaches to economic forecasting. Results showed that if the economic value of ecosystem services is ignored, increasing the area of agricultural land provides a very slight benefit to the economy. Even if all remaining land in Dorset that is suitable for agriculture were converted to farmland, the economy would grow by less than 0.3%. But when the values of ecosystem services were factored in, future agricultural expansion was found to have a strongly negative impact on the economy. This is because intensive agriculture reduces the flows of most ecosystem services, including flood protection, water quality, carbon storage, soil quality and provision of habitat for wildlife.

Conversely, increasing the area of semi-natural habitats, such as heathlands, unimproved grasslands and native woodlands, can have a strongly positive impact on the economy. In the “Green Brexit” scenarios developed, the area of intensive agricultural land was reduced by 41%, to enable the large-scale expansion of habitats with high value for wildlife, such as calcareous grassland and heathland. This increased the flows of multiple ecosystem services, and thereby benefited the economy, leading to economic growth of up to 5% and an increase in employment of up to 8%. At the scale of the economy of Dorset, this could deliver an £0.8 billion increase in the local economy and create more than 25,000 jobs.

The report concluded there is a strong case for investing in natural capital through initiatives such as rewilding and ecological restoration, which are currently increasing in popularity. The research also supports suggestions in the Agriculture Bill to pay farmers for provision of ecosystem services, and not just food production, post-Brexit. Approaches to farming that help nature, such as those developed by the Nature Friendly Farming Network, should be strongly supported.

Professor Adrian Newton, Professor of Conservation Ecology at Bournemouth University, led the team producing the report. He said, “It is often thought that environmental sustainability and economic growth cannot go hand-in-hand, but we have shown that investment in natural capital can help strengthen prospects for economic development”.

“Currently there are intense discussions taking place around how rural land should be used post-Brexit, and how farmers’ incomes can best be supported in future.  Those farming practices that benefit wildlife and the environment, such as reduced application of fertilizers and pesticides, need supporting much more strongly. But Brexit might also provide some opportunities for managing rural land in new and creative ways, which could benefit both wildlife and the economy. This could potentially be achieved through approaches such as rewilding, ecological restoration and development of a Nature Recovery Network”.

Professor James Bullock, Ecologist at the Centre for Ecology & Hydrology, added: “We have an opportunity to manage our countryside more sustainably. In this study we found that nature-based management will not only benefit people and wildlife, but also the economy. While this research focussed on Dorset, its findings are relevant for the UK as a whole.”

The report also highlighted how much the environment has deteriorated in agricultural areas such as Dorset over the past 80 years. Many habitats have undergone a substantial decline in this period, as illustrated by a 97% loss of neutral grassland and 70% loss of calcareous grassland. The condition of remaining semi-natural habitats has been reduced by nitrogen deposition and habitat fragmentation; for example the mean area of heathland patches has declined by 29% since 1978. These trends are primarily attributable to agricultural intensification and changing farming practices. Provision of most ecosystem services has also declined significantly since the 1930s. Some services, such as soil quality and carbon storage, have declined continuously over this interval, with no sign of recovery. Others, such as flood protection, have increased in recent years owing to changing land use, particularly the transition from arable to livestock farming that occurred over large areas after the 1950s.

Professor Newton continued, “Fundamentally, this report highlights how damaging agricultural intensification has been for the environment. We found no economic case for intensifying agriculture still further. Rather, future investments would better be directed at strengthening natural capital – the ecosystems on which we all depend. What our research shows is that such investments make economic sense, as well as environmental sense”.

This report was produced as part of the project Mechanisms and Consequences of Tipping Points in Lowland Agricultural Landscapes (TPAL), which forms part of the Valuing Nature Programme. The Valuing Nature Programme is a 5-year research programme that aims to improve understanding of the value of nature both in economic and non-economic terms, and improve the use of these valuations in decision making. It funds interdisciplinary research and builds links between researchers and people who make decisions that affect nature in business, policy-making and in practice.