This blog is also published in the Official blog of Methods in Ecology and Evolution https://methodsblog.wordpress.com/2017/08/24/interdisciplinary/

Before I started my NERC Valuing Nature Placement in April 2017, I’d never done interdisciplinary work. I had been thinking about interdisciplinary research for a while, when the opportunity presented itself last winter when I read on Twitter that the Valuing Nature Programme were launching their placement scheme for 2017. I had already been in touch with my prospective hosts – Hilary Graham, Department of Health Science, and Piran White, Environment Department, both at the University of York - but the launch of the scheme galvanised our interest, we put together our application and were delighted to receive funding. So what is that we set out to do?

Piran, Hilary and I had already been talking about projects focusing on knowledge transfer, particularly around collaborative work to tackle antimicrobial resistance. Valuing Nature was the perfect fit for what we wanted to do. The programme aims to further our understanding of nature in valuation analyses and decision making by building an interdisciplinary research community capable of working across the natural, biological and social sciences, as well as the arts and humanities. Interdisciplinarity is integral to the programme.

The scheme we applied for allows a researcher (or practitioner) to move to a different institution (or applied setting) outside their normal field of research – it’s essentially a discipline-hopping placement. One of the two Valuing Nature Programme research goals – to evaluate the role biodiversity and ecosystem processes play in human health – is the focus of my placement. I moved from the Evolution and Ecology Group at the University of Lincoln to Prof. Graham’s Social Sciences Group (Health of Populations and Ecosystems) at the University of York. The interdisciplinary training is exposing me to many new techniques, including social and health science problem-framing, and interviewing skills with the aims to improve our understanding of the value and role of ecosystem services in human health, specifically antimicrobial resistance.

The Challenge of Antimicrobial Resistance

Antimicrobial resistance is a natural evolutionary response to the use of antibiotics (and antifungals, antivirals, and antimalarians). Unfortunately, the misuse of antimicrobials in human health care and agriculture is driving selection for resistance (environmental pollution is also a factor in this trend). The growing resistance to a wide range of antimicrobials is diminishing our options when treating pathogens, particularly bacterial infections, and is a major global health challenge.

Resistance is as ancient as microorganisms are; most antibiotics are naturally produced by environmental microorganisms and so they also carry genes for antibiotic resistance. The growing use of antibiotics and, more broadly, antimicrobials in human health care and agriculture (both livestock and crops) has been linked to an increase in resistance. Environmental pollution can also select for resistance and heavy metals in particular, can co-select for antimicrobial resistance.

It’s clear that tackling antimicrobial resistance is not going to be feasible unless a holistic approach is developed - one that encompasses humans, animals and the environment. This has been recognised by the World Health Organisation which - through its World Health Assembly and in collaboration with the World Assembly of the World Organisation for Animal Health (OIE) and the Governing Conference of the Food and Agriculture Organization of the United Nations (FAO) - adopted in 2015 a Global Action Plan on Antimicrobial Resistance.

A pivotal part of the plan is a multi-sectorial action to antimicrobial resistance, a ‘One Health’ approach, which involves human and veterinary medicine, agriculture, environment, consumers and more. Interdisciplinarity is going to be a key factor if we are to tackle this global challenge. There have already been calls to establish an intergovernmental panel on antimicrobial resistance (along the lines of the IPCC) as this fight shares many similarities with the fight against climate change. 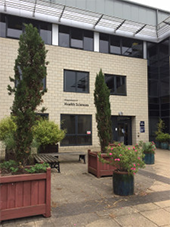 As part of my placement I will interview key natural, social, and health scientists about their views of valuing nature in antimicrobial resistance. The interviews represent a first attempt to link two key areas of research – public health and ecosystem research – which so far have not tried to join forces to tackle antimicrobial resistance. I will also analyse the individual national action plans published following the adoption of the Global Action Plan on Antimicrobial Resistance to assess the inclusion of ecosystems within national strategies.

Having just joined the Associate Editor Board of Methods in Ecology and Evolution I’d like to see more editors and authors develop interdisciplinary work and methodologies. It would be great to see more efforts to work with social scientists to tackle challenges like antimicrobial resistance and climate change as well. As recently noted in The Lancet “defining the role of ecosystems, particularly the evolution of a microbial system shared by humans, animals, and other biological organisms, will be critical to tackle current and future AMR challenges.” We’ll need solid and citable interdisciplinary methods to be able to address these challenges, and I hope to see some of these published in Methods in Ecology and Evolution in the coming years.

Information on the current placement can be found HERE